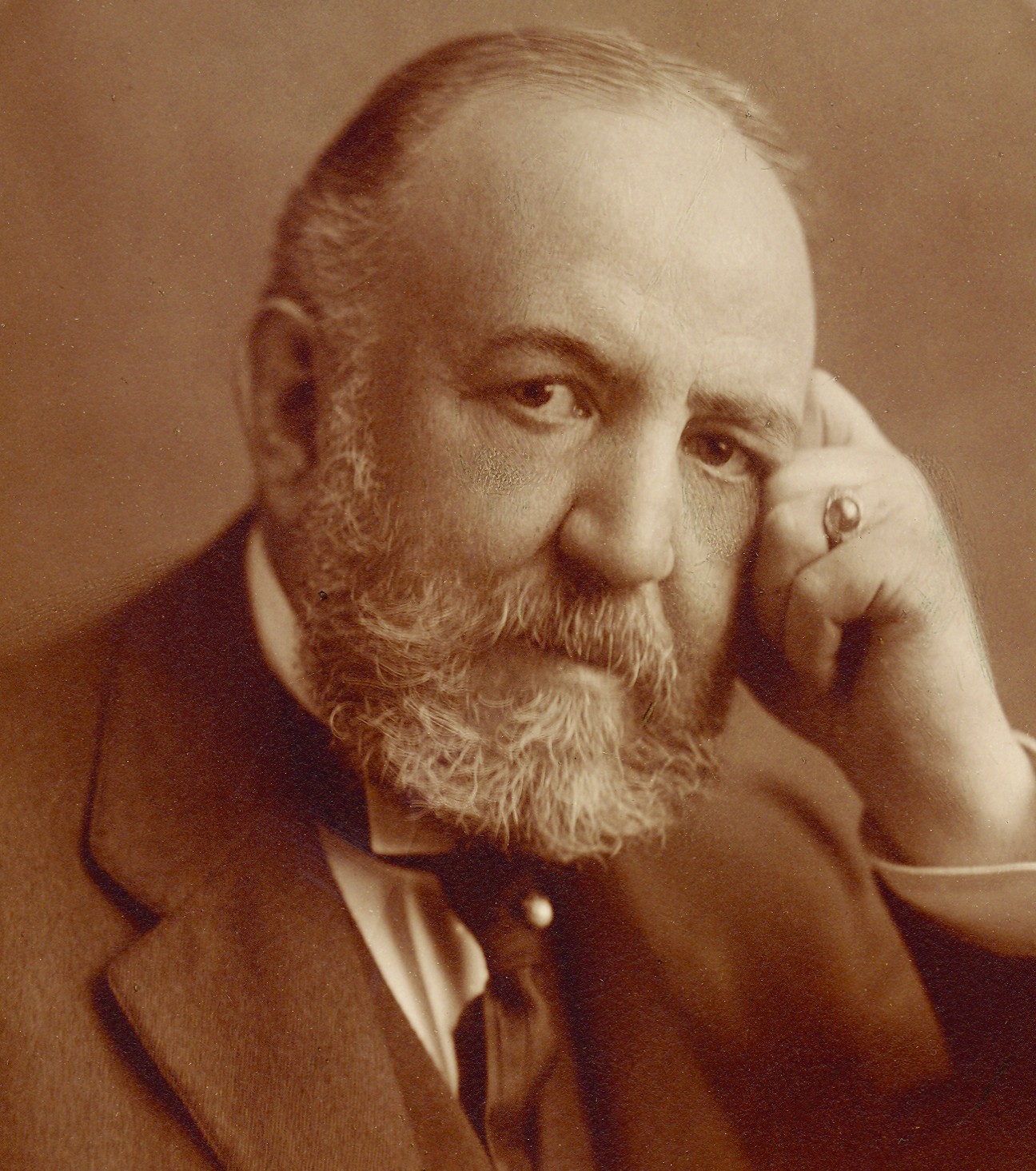 Born in 1844, Spencer Trask was one of the most influential venture capitalists in history.  His most impactful investment was with Thomas Edison, supporting his ground-breaking invention, the light bulb.  Other ventures Trask backed include the expansion of the railroads, the reorganization of The New York Times, becoming their main shareholder, and the founding of Yaddo, an artists’ community.  He was husband to Katrina Nichols, and father to four children.

Trask suffered many tragedies throughout his life.  Spencer Trask and Katrinas’ first child fell sick and died under the age of five.  Not too log after, Mr. Trask’s three remaining children died tragically in a fire that also burned down his Yaddo home.  The Trasks rebuilt the house– this time, with stone.  Mr. and Mrs. Trask both buried themselves in their work– Spencer with his business ventures, and Katrina with her writing.

Spencer Trask was Thomas A. Edison’s supporter and financier for his most world-changing inventions– the light bulb and the phonograph.  In December of 1884, Trask became the second president of Edison Illuminating.  Trask not only provided the funding Edison needed, he was an insightful confidant and intermediary.  In fact, New York Edison issued the following statement:

“Mr. Trask’s financial support of the electric lighting industry in its pioneer days was a potent feature in securing to the community the advantages and conveniences of the electric light and his unbounded faith and stupendous confidence in the future of the central station business laid the foundation for its future prosperity.” 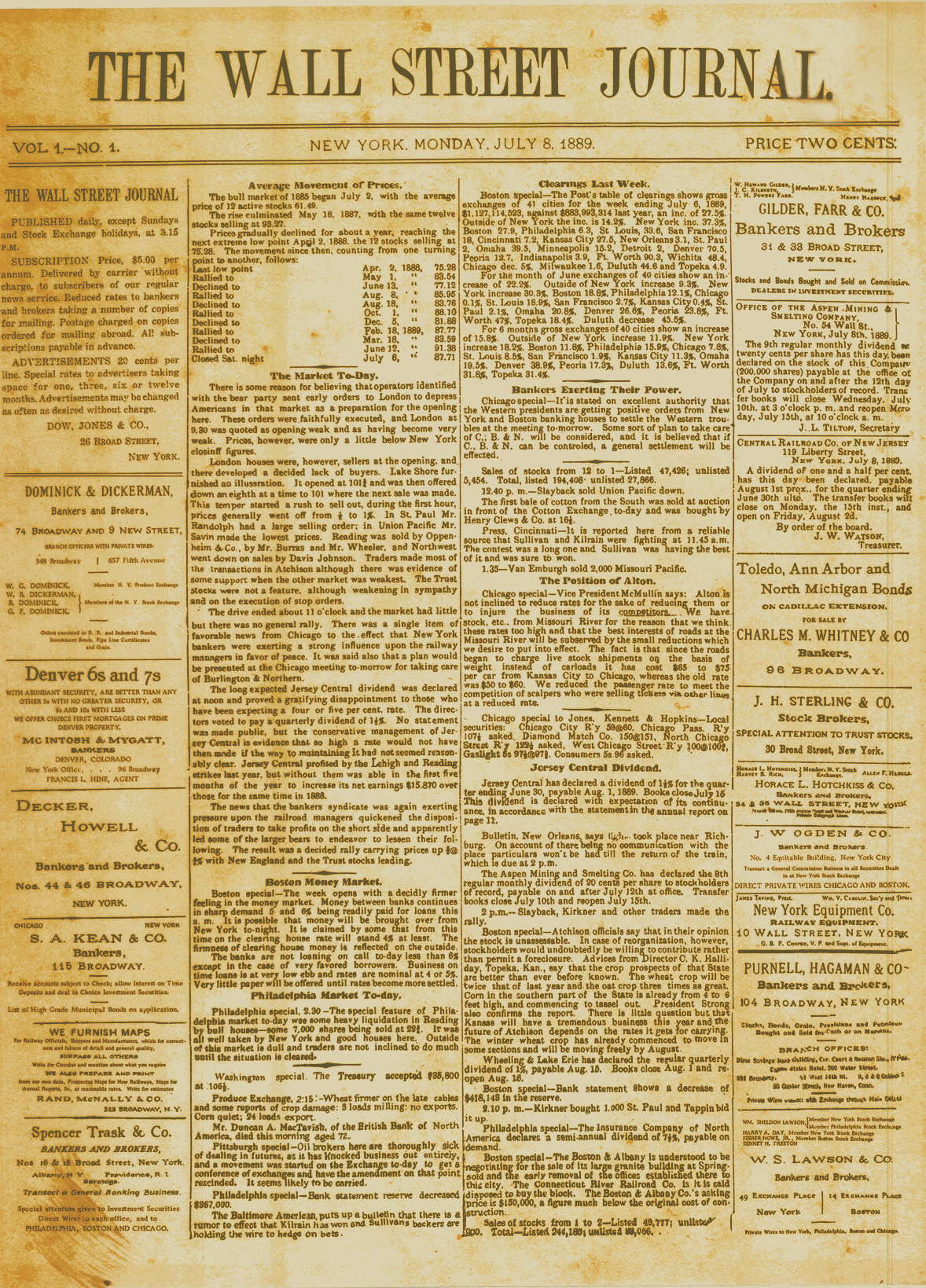 Spencer Trask was busy with various other, equally impactful ventures.  Trask’s company, Spencer Trask & Co., can been seen on The Wall Street Journal’s volume 1, number 1 issue.  As chairman of The New York Times, he saved the failing newspaper from imminent demise.  Spencer Trask also helped fund the Western expansion of the railroads.

Trask was a noble businessman who kept to the conviction, “Deeds, not words.”  He was also an active philanthropist, as demonstrated by his generous donation of his long-time home to the arts.  Trask also donated his money and time to various other organizations and efforts, including Columbia University, Princeton University, the National Armenian Relief Committee, and the National Arts Club.  Spencer Trask founded the Spencer Trask Lecture Series, available to the public, inviting revolutionaries such as Niels Bohr, T. S. Eliot, and Margaret Mead– this series still continues today at his alma mater, Princeton University.

On New Year’s Eve, 1909, Spencer Trask boarded a train to New York, as requested by the Saratoga Reservation Commission.  In the town of Croton, a train smashed into Spencer Trask’s car killing him.  Trask was the only fatality.

“His generosity was so great that he sheltered and fed all his friends, rich and poor alike, provided they possessed talent and ability.”

“To him life gave its best, and from him it demanded a heavy toll of affliction and grief.  But sorrow could not dishearten his and pain did not unnerve him.  They only seemed to strengthen his will.  He had but one object: to do right and serve his fellow man.”

“His harvests did not make men poorer, but richer, for the money made life more abundant to him and to all those with whom he had to do.”

“The more I learned about Spencer Trask, the more he helped me see what really matters: faith, the power of human creativity, and a long term commitment to people worth being loved and admired.  I could not have found a better role model.”