A Foreword from Kevin Kimberlin

as seen in the book, “Spencer Trask Enigmatic Titan” by David S. Worth

Spencer Trask has so profoundly inspired me that I am compelled to share his story with you. This book sings the unsung tale of an American hero. Spencer Trask backed entrepreneurs who changed the world, leaving a rich legacy that ripples through our lives every day. Part of the story is his impact. Trask supported Edison’s incandescent light and ran the first electric network. He built one of only a handful of Wall Street firms to survive almost a century; he financed the westward expansion of US railroads, the beginning of the music industry, and the national rollout of electricity, thus help- ing usher in the modern age.

Trask’s support of the arts is unparalleled in American history, and his touching love for his wife Katrina is one of the great romances of the Gilded Age. The relationship he shared with George Foster Peabody demonstrates what true friendship can be.

Another part of the story is his triumph over adversity. It lifts our spirits to lean how Trask rose above one bone-jarring tragedy after another. From the unspeakable loss of his four children and the later inferno that engulfed his beloved home emerged the legendary artists’ community Yaddo. From the ruins of receivership emanated The New York Times, arguably the world’s most influential newspaper. From the thousand frustrations endured when laying copper under the streets of New York arose Consolidated Edison, the world’s first electricity network.

Trask was also a progressive humanitarian. As a founder of the National Arts Club, he insisted on admitting women in a day when that wasn’t done. Trask led national fund-raising efforts for the Red Cross in partnership with Clara Barton. He also helped found Teachers College, now part of Columbia university, primarily a women’s college at that time. In a fitting tribute, The New York Times said of Trask, “His generosity was so great that he sheltered and fed all his friends, rich and poor alike, provided they possessed talent and ability.”

Many people are unaware of Trask’s contributions to our lives today. Why has Spencer Trask’s life been such a well-kept secret? What personal qualities allowed him to touch so many people in so many ways without achieving fame? The answers underlie the epic nar- rative of one of America’s greatest venture capitalists.

unlike peers and partners such as J. P. Morgan and Cornelius Vanderbilt, Trask had a Puritan humility that kept him from self-promotion. As Spencer once said at a dinner in 1908, “This good work is only a stepping stone to something much finer and very much nobler.”

What stepping stones! The man with the glass eye had an eye for genius: partner of Thomas Edison, Adolph Ochs, George Foster Peabody, John Moody; patron of writers, composers, painters, poets. Truman Capote, Leonard Bernstein, Jacob Lawrence, Sylvia Plath, to name only a few, created some of their great works at Yaddo, an oasis for artistic creativity.

So it was that entrepreneur and artist alike gained support for their dreams. Spencer Trask helped electrify the world, illuminate social issues with The New York Times, and, through Yaddo, entertain us for a century. Personally, I have not found a better role model. Spencer helped me see what really matters: faith, the power of human creativity, and a long-term com- mitment to people worthy of being loved and admired. You will find greatness in these pages. I hope this story inspires you to seek greatness in your own life. 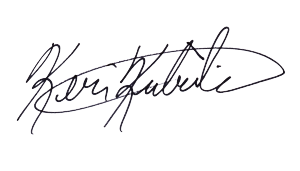